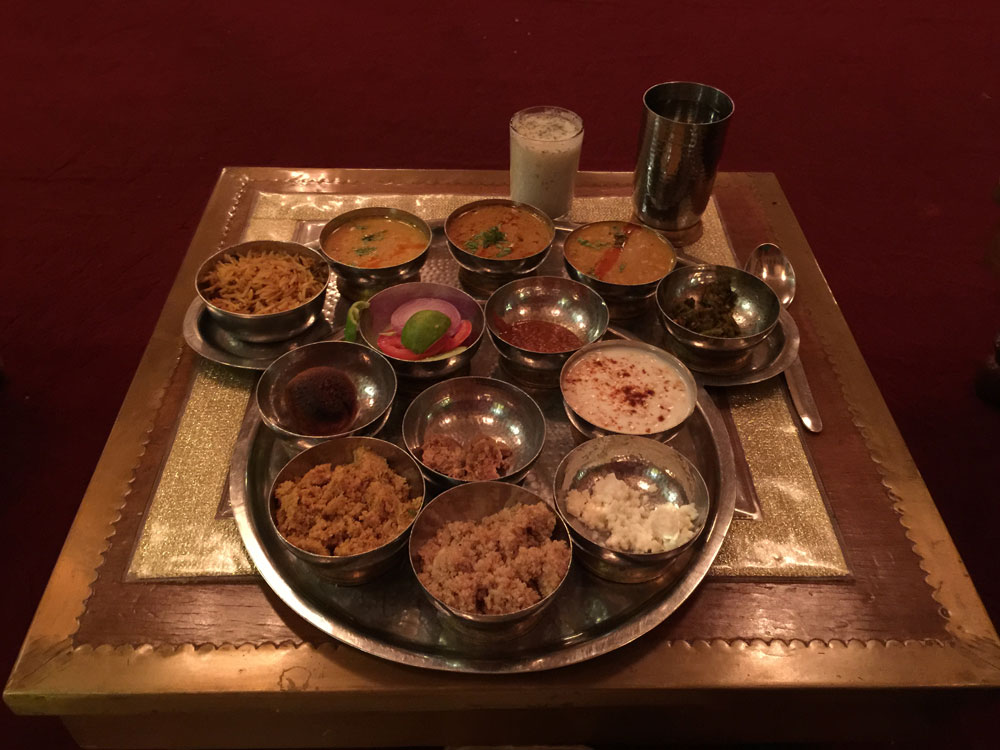 This state known as the Central province, during British India has a huge amalgamation of cuisines and tastes. Being situated right in the centre, it has influences of all the four directions, where it’s border touches that state. While wheat is common in the North and the western part of Madhya Pradesh, fish and Rice is the staple diet of Chhattisgarh. The people of this region have a tasty palate and have innovated in-numerous snacks to munch, off and on. Many places in Madhya Pradesh are influenced by the Marathi cuisine. Reason being it has a big border shared with Maharashtra, then there were many Maratha rulers in the state in Indore and Gwalior, and last but not the least districts like Nagpur and Chandrapur, at present in Maharashtra, once were districts of the Central province.

Chhattisgarh on the other hand is famously known as the Rice Bowl of India. Rice becomes the staple diet and is dominated by the various tribes and hence the tribal food which is simple yet tasty dominates the state.

The Capital city of Bhopal in Madhya Pradesh, has a street known as the Chatori Galli, literally meaning a lane which satisfies your spicy palate! And then there is “Khaau Galli” in Indore which means food street. Here one can find the best of the foods of the state. Although mainly vegetarian, due to the rulers of Bhopal, there are some signature meat dishes, prepared only here. The Bun Kebab and the Nulli Nihari are the specialities of Bhopal, while various types of Pilaf (rice preparations) remain a guarded secret in some households. The Bhutte ki Kees, as spicy preparation made of out of raw corn or the Chakki ki shaak a leafy vegetable preparation, remain indigenous to the state.

Snack items are savoured all the year around, made out of wheat, puffed and flattened rice and gram flour. Sweets are equally liked and eaten on regular basis. The Malpua, Khopra – Pak and the Mawa Bati are not to be missed out.

Chhattisgarhi cuisine is comparatively simple and they stick to the basics. Reason being, Chhattisgarh has a higher number of Tribal population and hence they stick to the local food and culture which has least of the outside influence. The tribal cuisine mainly consists of rice, lentils and meats of pork, squirrels, rats and most famously the red ants!  Bamboo and mushroom is another popular meal within the tribes. The local brew made of the Mahua flowers is enjoyed by young and old, men and women alike. This Toddy preparation is had during festivals, celebrations, marriages and also deaths.

The local population of Chhattisgarh on the other hand have mixed cuisine influenced by the states of Maharashtra and Jharkhand.

Previous: Cuisines of West India Up Coming Next: Street Food Of India
Travelling in India is essentially about this fulfilling freedom. And we at Prakriti Inbound celebrate this face of travel. Explore India with Prakriti Inbound - a travel agency that understands India, and your urge to discover. Explore India Travel Packages or contact us for creating your unique India travel experience
View all our India Tour Packages
Arrange a call Back